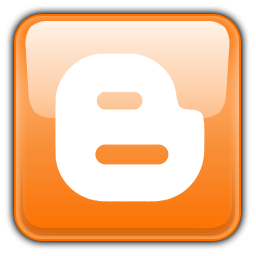 Death of a world

Are you counting down ?

In about 8 months the earth will cease to exist !

Or so some want you to believe.

If you believe this, please ask yourself why anything should be different this time, than it has been the previous (probably) millions of times the earth as ceased to exist in the last 100 years !

If the Earth is to be destructed several times each year, why does it still exist, after about 4 billion years ? (And no you cannot use the accounts in the bible to calculate the earth's age).

Let's look at some of the arguments for the coming doom :

The Maya calendar had a long count which reaches a turnaround date at about 2012 Dec 21 (much like our millennium, and even though many doom sayers had been busy, that event didn't result in our destruction) , but even the Maya had references to dates much further out in the future, so if they didn't expect the earth to be destroyed, why should we, based on their calendar ?

And if they was so great at predicting the future, why didn't they know that they would be extinct a long time before the expiration of their calendar ?

2 : A large planet on collision course with earth

The solar system may be small on astronomical scale, but it's rather large on human (and planetary) scale, and a planet on collision course with earth, would have been seen a long time ago, or would have to have an almost impossible high speed, to be able to reach earth by December. Remember even light uses months to travel from the sun to the outer reaches of our solar system. And even if it was a dark planet (or black hole) it would have been registered by it's gravitational permutations of the rest of the solar system.

Well if you cannot find any other reason, you can always turn to good old Nostradamus. He may even have seen the future, but he made sure nobody could use the information to anything, by encoding his visions in a way that made them impossible to understand until they have happened. Then you can say "Oh that's what he meant".

One famous Dane (I'm not sure which one, it has been attributed to several) said "It's difficult to make predictions, especially about the future", in the case of Nostradamus it is the other way around, you have the predictions but cannot understand them until they aren't predictions any more.

4: The planets is lined up

OMG not again ! This happens in intervals of a couple of years to a couple of hundred years depending on which, and how many, planets you need for your particular doomsday scenario.

If all the outer planets is located on a line with the sun, moon and earth, it would make the spring tide on earth somewhat less than the diameter of an atom above normal, a bit of rain has more effect, and the effect on the sun would be even less.